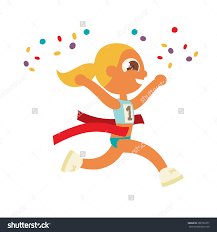 When I finish a big race the first thing I want to do is start planning my training for the next race.  This happens regardless of how successful my race was.  If all went well, I will be on a high for days and like all addicts will be searching for my next hit.  If the race fell apart I will be desperate to prove to myself that I can do better.  Despite post race fatigue I will find myself agitated, my mind desperately wanting to be back out on a course.

My body of course is a different matter.  I am 47 years old and I came to running late.  Recovery time isn’t a luxury, it is a must.  As my mind starts looking ahead to training plans, my muscles and joints are happy to move at a pace no faster than a walk . 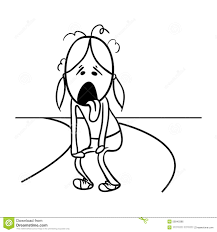 Like so many other runners I have talked to, after a week or two of rest I start to get worried about losing fitness.  Logically we all know that months of training does not disappear in a matter of weeks.  That said we also all know how quickly a slow 5k can feel like a marathon after some time off.  But if I were honest, what scares me even more is that sometimes after a break even my mind starts to get used to a more lazy lifestyle.  Not having to schedule running into my day seems like a holiday.  Not worrying about clean tech gear and whether the Garmin is charged becomes somewhat freeing.  Watching hourly forecasts becomes a thing of the past.  The days seem a little longer and productivity sometimes even increases – sometimes.  But then there is that schedule that you started looking in the days after the race.  It is sitting there on your computer, or posted on your fridge, or on your bedside table, reminding you that this is what you do.  Being a runner is part of who you are, during the highs and of course through the lows.  Without the direction of a goal, without the daily push, something is missing and it is time to start again.

So here I am, back trying to get my mileage up to ultra marathon standards.  A couple of easy single digit runs will once again no longer be enough.  I’m not even starting at the beginning of a schedule, but instead starting 7 or 8 weeks into one.  Somehow, there are only 11 weeks until my next ultra.  In my non-running life, 11 weeks feels like the distant future.  On a training schedule though it seems like a blink of an eye.  Add to it the fact that I think I am now training for what will truly be my toughest race so far, The Run for the Toad 50k.

The Niagara Ultra, despite being my first 50k, felt familiar to me.  Paved paths, minimal hills… I went into it knowing that if I didn’t get injured I would finish.  Now though my mind is playing games with me.  Sure I have proven that I can run 50k but that little voice keeps reminding me that the Toad is on trails where I am notoriously slow.  It is one rolling hill after another.  It has the potential to be wet, muddy and slippery.  I have to pass the finish line THREE times before finally crossing it and being done.  There is a spot with stairs – STAIRS! – on the course that I will have to do 4 times.  And the steepest hill is at the end of the loop, meaning that the fourth time I have to climb it I will be approaching 50km.  Suddenly the fact that I have completed a 50k race before seems irrelevant.

These are the head games running plays with you.  You build yourself up, amazed by what your body can accomplish and then somehow you get knocked down again, only to start the process all over.  This is the cycle we runners go through regardless of our speed or ability.  Fall down, get back up.  Slow down, speed up.  Hit the wall, break down the wall.

The most important part I guess is to just make sure you are willing and brave enough to start the cycle again.

Running my first 50k was a very emotional and special event in my life.  The day was everything I wanted it to be and more.  If you haven’t checked out my recap you can do so here.

Overall, the plans I put into place seemed to work well, from what I wore to what I drank.  The following things are what I would use/do again for my next Ultra, which is only 12 (???) weeks away.

Run slowly:  I almost always start faster than I should.  I have always done my long runs faster than I should too.  Training for my pace bunny duties for the Ottawa Marathon taught me to slow down and be steady.  I picked up the pace for the 50k, running 30 seconds per km faster than I did for my pacing stint.  But I kept it pretty steady until the end and was very pleased that I did not hit a wall.  Now, I will note that I am finding it very difficult to pick up my pace again.  I feel like I am flying and it is still so much slower than I used to run.  I am hoping some speed work this summer will solve that.

10 and 1’s:  My only experience with 10 and 1’s was when I first took a Running Room 5k clinic and later when I taught two 5k clinics.  While I considered them a great way to get started running, I had never been comfortable doing the run/walk pattern for long distances.  My pace bunny job required I do 10 and 1’s and to my surprise I became quite used to them.  On the 50k they were perfect.  I adjusted when needed.  For example when the main hill of the course was approaching I held off taking my next walk break and instead did it on the hill.  If I was downhill or approaching an aid station I skipped a break.

Sponges: Both the Ottawa Marathon and the Niagara Ultra were run in significant heat.  Prior to the marathon I had the brilliant idea of carrying my own sponges.  Why wait for a sponge station when you can start with your own?  For both races I tucked them under my tank straps and wet them at the first aid station and every station thereafter.  For the ultra I also wore a buff around my neck which ended up perfect for holding a few ice cubes grabbed from the stations.

Hydration Pack:  I could not have done the ultra without carrying a significant amount of electrolyte drink.  A waist belt would have driven my crazy for that amount of time.  Instead I carried my new Ultimate Direction “Jenny” pack which allowed me to carry two bottles up front and a 2L bladder in the back.  I particularly loved the soft bottles that deflate as I drink and conform to my body.  The front pockets held my phone, my salt pills and some chews.  I also stored a few Fig Newtons that I picked up at one of the aid stations – possibly my new favourite running treat. (Photo from Ultimate Direction website) 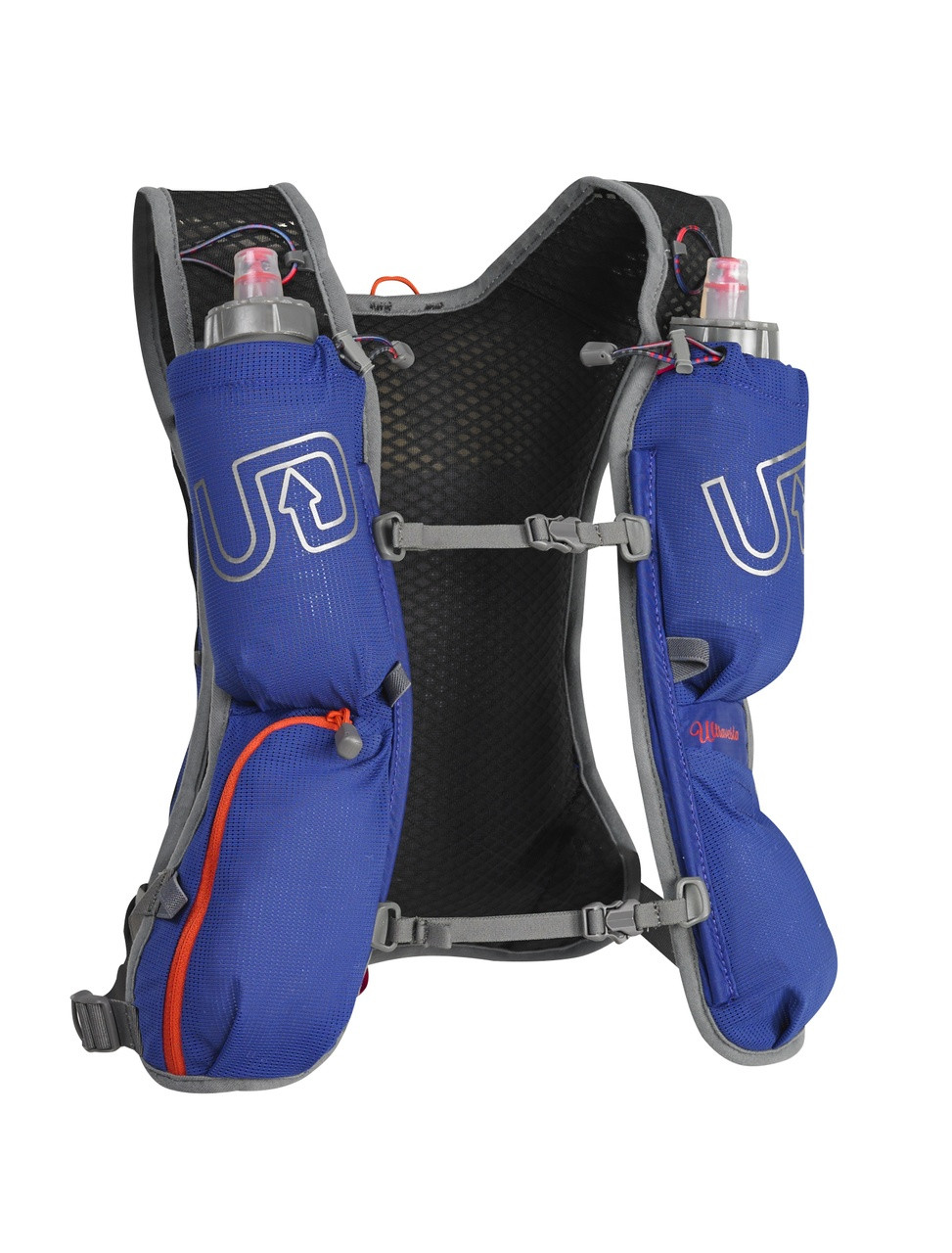 Tailwind:  I have tried many hydration mixes, some with more success than others.  What drew me to Tailwind was the many, many positive reviews and the comments that it did not upset the stomach.  It is still not sold in Ottawa but I have now ordered from Edmonton several times for only $5 shipping.  I love this stuff.  Unlike other drinks, this one has a mild flavour, one that doesn’t become sickly sweet as the run and heat start to wear you down.  I have had no stomach issues and I have liked all 3 flavours I have tried.  For a long run I actually mix a non-caffeinated flavour with the caffeinated Green Tea Buzz. (Photo from Tailwind website)

SaltStick Caps:  I don’t run in the heat without these.  I am a very salty sweater and it took me a while to realize that part of my problems with running in hot weather was the loss of salt.  Between the Tailwind and the SaltStick I have far fewer problems in the heat.  For short runs I just take a SaltStick before the run.  For long races I take one the night before and then periodically during the run.  I feel like I cope with the heat so much better now that I control my salt and my hydration. (Photo from SaltStick website)

Cheap clothes:  OK, this may sound strange but I have discovered that my most comfortable and coolest tops are cheap Activewear tanks from Wal-Mart.  I barely feel these tanks and as a result I feel like I am running in just a sports bra without having to worry about sun burn and hydration pack chaffing.

Compression socks:  Whether they actually make a difference or it is all in my head I have no idea, but I don’t do any long run without them!

Taking my time at the aid stations:  Unlike road races, where I try to either skip or stop only briefly at stations, I opted to avoid rushing them at the ultra.  It appeared most other people also took the time to cool off, drink and have something to eat.  I have to say it is a more civilized way to run and after each break I felt ready to go again.

Pre-race fuel:  I think I may have finally nailed my pre-race eating.  I will warn you, it is not exciting.  In the last couple of days prior to the race I stick to mostly white rice with soy sauce, bananas, toast and no-nut butter.  The morning of the race I have a Salt Tab, a small juice and granola.  Just before the race I have a banana.  This has worked for my last three races – my energy has lasted and I have not had to make those dreaded porta-potty stops due to GI issues.  I am hoping this incredibly boring menu continues to work in the future.

My next ultra is on October 1st.  Weather-wise I guess it is quite possible that my favourite cheap tank will not be used.  But I won’t mess with anything else on this list – if it worked once I am going to put faith into it all working again.