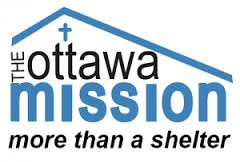 Today I finished my 16th race of the year and my third attempt at what I consider to be one of the two toughest half marathon courses in the Ottawa area.  Ironically, I have to say that these two difficult races are also by far my favourite.

One of them is last month’s Fall Colours Half Marathon.  I love it for the cool weather, the gorgeous colours, the free chili and massages and for the family feel of a Thanksgiving event.

Today’s race was the Mission Possible.  It is my third go at this course and it is on my must do list for each year.  I love it for its purpose, for its time of year, for its charitable spirit, and for the comfortable small race feel.  Of course it is not surprising that the huge breakfast buffet and the warm clubhouse with showers are major pluses for this race.

This race raises money for The Ottawa Mission.  The Mission provides meals, a place to sleep, job training and general support for the homeless men of Ottawa.  It also offers a Saturday morning run club as a way for the men to strive for goals and improve their daily life.  I believe that through today’s race over $10 000 was raised for the Mission.  A number of companies, including Telus, Mizuno, and Running Room donate and make this race possible.  The Marshes Golf Course allows the race to take place on its golf cart paths and is also the location for that tasty brunch I mentioned.

As a cold weather runner, I love that this race, which also offers a 5k distance and a marathon relay, is held in November.  The September and October race schedule in Ottawa is bursting at the seams.  You can easily pick one race or more for every weekend.  But November is a slow month as many people start to pack away the running shoes for winter boots.  When you think of it though it can be the perfect month to race.  With all of that fall training behind you this can be your fastest time of year.  Sure it can be cold but at least there is no fear of heat exhaustion or sunstroke.  Key though is having a nice location and the Marshes Golf Club has that.  At this race the only time you have to spend outside is when you are running.  Before the race you can throw all of your extra gear in a locker in the change rooms.  Then you wait inside until they ask you to move to the start line, about 3 minutes before the beginning of the race.  The finish line is literally right outside the doors of the club.  You cross the line, a kind volunteer hands you your certificate (no medals at this race) and you walk inside to grab a hot shower.  After that climb some stairs (the only disadvantage of the site!) and sit down to have a hot brunch.  No porta potties, no standing in crowded corrals (there were less than a 100 of us in the half), no debating if your running clothes will leave you feeling like an icicle as you stand forever waiting for a horn.  Honestly it is the most civilized of all races.

Each year there is also a guest speaker.  Two years ago Canadian marathoner Dylan Wykes shared his running experiences with us.  Last year Jodi Mitic, the Canadian solder who lost both legs only to go on to run the Army Run Half and to star on Amazing Race Canada, was the guest speaker.  When I read that this year’s speaker would be former politician Stockwell Day I admit I was a little disappointed.  I wasn’t entirely sure I wanted to finish my half marathon sitting and listening to a politician speak.  It ends up though that Mr. Day is an avid runner and a Boston Qualifier.  He has also run the Great Wall of China.  His talk was gracious, interesting and humourus, particularly when he admitted that his final time was incorrect due to the unfortunate fact that nature’s call forced him to head to the indoor washrooms with only the last 4k or so to go.  He inadvertently crossed the finish line that otherwise was so conveniently was placed by the doors to the clubhouse.  He also noted that he now realized that Immodium isn’t just for full marathons.  Couldn’t agree more!

As for the course, in the past I have always compared it to a kids’ roller coaster.  No super steep hills, but no flat stretches either.  This course defines a race full of “rollers”.  The whole course is done twice and the hilly spots give a definite impression that they grow between your first visit and your second.  It is a very different hill experience from that other race I love, Fall Colours.  In that race you keep working your way up for 10 or 11 km and then start coming down again.  Technically I think it would probably be regarded as the tougher course (it certainly has the most elevation change of any road race in the area), but I have to admit the constant, never-ending rollers of the Mission Possible are my nemesis.

When I first ran the course two years ago it was my second half marathon, my first having been completed a month earlier.  I was feeling cocky, having completed my first in 2:04, well below my expected time of 2:12.  I was on such a high after that first race I came home and immediately looked to see if I would be able to get in one more half marathon before winter.  When I started on the Mission Possible course that year I thought nothing could stop me.  Those hills were babies, how could they slow me down?  The fact is by the last 3 or 4k they had completely kicked my butt.  I remember being very disappointed in my 2:06 finish.

So this year I had a goal.  Two goals actually.  Finish in less than 2:06 and finish strong, knowing I had beat the course, the course hadn’t beat me.  I kept telling myself that this time I would “run smart.”  And run smart I did, though I still ran the first 8k faster than I had planned.  I swear I kept trying to slow it down and then I would look at my watch and realize that I was faster than I should have been if I was going to run a conservative race.  In fact when my watch beeped for the 8k mark I was convinced I had slowed my pace way down, only to discover that it had actually been a 5:30 km.  Visions of my struggling body attempting to get through those last hills, the worst hills of the course,  finally was enough to make me slow down.  I ran the middle of the course a little more conservatively, carefully taking half pieces of Shot Bloks to avoid running out of steam.  I saved some energy and had little difficulty picking up the pace for the last 1/3 of the race.

At this point I have to give a shout out to the volunteers.  This is not a race with spectators but the many volunteers who were out to make sure you didn’t turn the wrong way off the winding course were so supportive.  With temperatures hovering around zero and some wind thrown in, they had to be cold.  Somehow they managed to tell everyone how good they looked.  A special shout out to the guy at the final turn to the finish line.  He yelled at me to get my eyes up and chase down the man ahead of me.  His encouragement gave me one last kick.

The good news, my final time was 1:56:15.  The bad news, by my watch the course was short.  I knew that was going to happen and I briefly considered the idea of continuing to run for another 500 meters.  Briefly.  I decided it didn’t matter, I had more than met my goals.  I finished strong with a negative split and I killed my previous times on the same course.  Even if the course had been the right length I still would have finished under 2 hours, making this my third sub 2 hour half marathon of the season.  For the first time in my three years of running half marathons, I completed the last one of the year happy and strong.  Perfect way to finish the 2014 race season.  What can I say, I love this race!

The boys loved the 5k too, though poor Evan, for what is at least the third time in his running career, ran an awesome race (25 minutes) only to have his time recorded incorrectly!  I think he has some magnetic field that interferes with chip times and at the moment the stats have him in last place with a 1 hour finish.  Our boys were the only kids 13 or under in the race, so race director Phil Marsh very kindly created a last minute 13 and under category, handing out a nice bag as a first place prize.  Of course the bag was handed to Luke, who also had a great 27 minute run, at the awards ceremony.  Let’s just say there have been a few arguments as to who really gets to keep the bag!

Even though I have one more race – a virtual race – to do, this definitely felt like the end of race season.  But my training is not going to take a holiday.  I have a few big goals for next year.  I’ll be posting about them soon.